California Senator Richard Pan recently submitted a letter to the United States Surgeon General urging him to issue a call to action against a certain group of parents who choose to make medical decisions for themselves and their children that don’t align with his views on healthcare. With such extreme authoritarian views as those expressed by Pan in his letter, one must ask themselves, is Pan familiar with the ethos of the United States of America? We live in the land of liberty – home of the free and the brave. This is the latest in a continued display of Pan’s inability to respect Civil and Human Rights. In his letter, the Senator has the audacity to mischaracterize military strategies made by America’s first President and founding father, George Washington, by reducing a complex decision to a simple act.

Pan writes, “As we just celebrated Presidents’ Day, I would recall George Washington mandated smallpox inoculation of his army during the Revolutionary War to ensure our country’s freedom.”

Contrary to this brief summation, Washington’s judgment was calculated, weighed, and carried out with precision over a number of years. His was not a knee-jerk reaction to a handful of cases of mild illness, and his inoculation request did not carry over onto the civilian population, but only to individuals that volunteered to serve in his army.

The Smithsonian Magazine reports, “Washington first encountered the [smallpox] epidemic outside Boston, where he learned that between 10 and 30 funerals were occurring each day because of the disease. British troops, though hardly impervious to the smallpox virus, tended to possess greater immunity because they came from English, Scottish and Irish regions, where the disease had existed for generations, allowing resistance to build up within families over time.”

Washington had his own personal experience that he considered when laying out his inoculation strategy. A historic preservation for Mount Vernon writes on their website,

“In fact, very few Virginians were exposed to smallpox prior to the American Revolution. One of the few Virginians who was exposed was George Washington, who contracted the disease during his only trip away from the American mainland while visiting Barbados in November of 1751. Washington was only nineteen years old at the time and the illness, which lasted nearly a month, left him only with slight scarring. The brush with smallpox, however, did provide Washington with immunity from further attacks of the disease, the benefits of which would not become apparent until many years later.”

The historical group goes on to describe Washington’s belief in the necessity of quarantining recently inoculated individuals so as not to spread the illness that they received via vaccination.

“While Washington believed wholeheartedly in the efficacy of inoculation, in May of 1776 he ordered that no one in his army be inoculated; violations of this order would result in severe punishment. The summer campaigns were about to begin and Washington could not afford to have a large number of his men incapacitated for a month, vulnerable to attack by the British.”

He instead waited to inoculate new troops.

“Washington eventually instituted a system where new recruits would be inoculated with smallpox immediately upon enlistment. As a result soldiers would contract the milder form of the disease at the same time that they were being outfitted with uniforms and weapons. Soldiers would consequently be completely healed, inoculated, and supplied by the time they left to join the army.”

Washington recognized the protection afforded to those with natural immunity as he sent 1,000 immune troops to Boston during that time. He also knew that inoculation wasn’t a quick fix and required meticulous implementation to be done safely for both military personnel and the civilians around them. Vaccination certainly has its place and has been an effective option for preventative medicine, but we must continue to leave vaccination as exactly that – an option. Where there is risk there must be choice, and choice is the epitome of the freedom for which Washington fought. Senator Pan, if you truly care to ensure freedom, then mandating vaccines or any other medical procedure should immediately be struck from your to-do list.

Rep. Wu Is At It Again

A Redress of Grievances 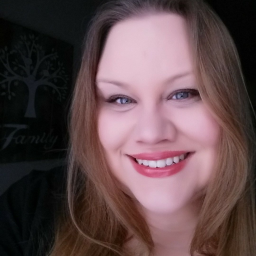