If you are going to sit, then sit. If you stand, then stand, but whatever you decide to do, do it boldly and do not waver.

Those wise words once spoken to me pretty much sum up how I feel about the 86th Texas Legislature.

Let me back the train up just a tad and start with a bit of background: We knew this session was going to be tough.

Anyone who was doing any type of boots-on-the-ground effort before the November 2018 General Election knew the Democrats had a strong presence in our communities and the conversations at the doors of voting constituents were changing drastically and quickly.

Now, before you get all riled up that I am throwing Democrats under the bus,  read this blog in its entirety and consider the graph below to understand why this is terrible news for vaccine choice : We knew the odds were stacked against us with Democrats and our strategy with the party is one of long term incremental steps.

Fortunately for us, the Republican Party of Texas explicitly supports vaccine choice, even tackling it head-on in its platform. Since Texas is considered a red state, we assumed we could at least fall back on the basic principles of the good old GOP to see us through the 86th legislature.

Aaannnnd that’s precisely how we circle back to my opening statement.

As predicted, the Democrats chose to “sit this one out.” Hey, fair enough. I respect them for having a stance and sticking with it.
It’s wrong. And it’s misguided. But I would rather know where you are than left guessing, which is precisely where I was with the Republican party this legislative session.

Yes, we had a handful of champions — a handful. If you want me to just lay it all out there for you, I would really say there was ONE legislator that stood out above all the rest, who bravely went the extra mile to advance our rights in the legislature. Okay, so surely we roped in a few more “strong” Republican supporters, yes?

All in all, when the times got tough, the Republicans went running. Even worse, the conservatives, our most influential parental rights, liberty-loving, ride-or-die allies were nowhere to be found. A little manic-media-measles-meltdown never scared them before, so what was the problem now? To be fair, by the end of the legislative session a handful made a few attempts to redeem themselves, but all of us in the grassroots activist community share in the sentiment: it was just too little too late.

Our families don’t have a choice. Our future is dependent on you, and if you can’t stand for what’s right when the times get tough, what can you stand for?

Texas is in trouble, and vaccine choice is the tip of the iceberg.

Over the last four years, as I have traveled across this great state, I have encouraged our families to take responsibility for their role in this movement. From their activism to their VOTE, no one gets out scot-free. NO ONE. No matter what their circumstance is.

It’s only fair now to hold our elected officials accountable for their actions. What Texas needed was a few legislative heroes to lead the charge for the nation, JUST as the faithful and professional members of Texans for Vaccine Choice have led for the world.

No excuses accepted. Responsibility, passion, and an unwavering commitment to STAND for what is right.

While I do celebrate the victory of leaving the 86th Texas Legislature unscathed legislatively speaking, I grieve the enormous loss of the advancements that could have been. I cry over those whose confidence and arrogance got in the way seeing the issue clearly, and I pray for those too fearful to speak up and out.

I will cry my eyes out, pray to God for the strength and determination to get back up and prepare to do it all over again.

After all, I am a special needs, mama. It’s what I do. It’s what WE at Texans for Vaccine choice do. We don’t win every battle, but we sure as heck don’t sit back hoping someone else is courageous enough to stand. We stand and fight even when we stand alone. 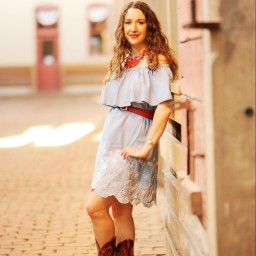