Anna C. Dragsbaek is an attorney, and is the President and CEO of The Immunization Partnership (TIP). TIP is a Texas-based organization that uses a wide range of educational and legislative strategies in order to eliminate vaccine choice and conceal the complete lack of gold standard safety studies.

Anna has made it clear in a recent TribTalk article that she is not capable of being an expert or even remotely correct if she attempts to do her own research. She has made it clear that she has such blind trust in the medical community that she lobbies for them. She wants every Texan to be forced to comply with their advice. She works with lobbyists, such as Frontier Strategies and Jason Sabo, to make sure our lawmakers vote their way in the State Senate and House. She strongly implies that we cannot research for ourselves. She implies that we can never know more than the medical community. She implies that the medical community cannot be wrong. She implies that parents, on full alert to help their injured child recover, are wrong for thinking it was vaccine injury, and that they just didn’t notice their child was born with it. She argues that we, along with our friend, Nico LaHood, lack evidence. Stop a minute and read that again. She said we can’t see with our own eyes what’s in front of us. Angry yet?

Now let us focus on the medical experts. There is not a Vaccine 101 class in medical school. In my personal research and inquiry, I have found no such thing. What doctors are told is that “vaccines are good and necessary” and a “non-vaccinated person is dangerous and a public health risk.” They are then taught how to write the script for it and administer them. They are HIGHLY pressured by the pharmaceutical companies and insurance providers to comply 100% with the current vaccine schedule. If they don’t, they may lose their medical license as is the case with Dr. Bob Sears. Dr. Sears is a man who has done his research and advocates for personalized and often delayed vaccine schedules (along with so many other doctors that actually care about the individual needs of their diverse patients), and yet he is still being made an example of in California.

Here is what I know about Anna: At TIP’s 2016 Immunization Stakeholders Meeting, Anna taught a roomful of doctors half-truths during the two hour meeting. I was appalled at the medical professionals there, who were supposed to be focused on my personal healthcare needs, but instead they cheerfully planned to force me into a medical decision I knew was not right for me or my family. Another sickening thing? While they plotted and schemed, they also accrued Continuing Education Credits (CEUs).

I witnessed this myself but you can see multiple examples of this in another TribTalk article. She writes,

“It’s important to remember that there are real consequences to skipping vaccinations. Measles, once nearly eradicated in the United States, is on the rise. Cases of the mumps are popping up at one university after another. All of these issues could have been prevented if fewer people opted out of vaccines for non-medical reasons.”

What I observed the doctors and medical staff doing was blindly taking the information that Anna offered, and ridiculing those of us who dare to question them. It was sickening, really. Any respect I had for those in the room went into the shredder. Again and again, the number of children in the county who have exemptions were compared to the number of cases of various diseases reported. The data that was missing, however, was how many cases of those diseases were found in the fully vaccinated or in adults whose vaccine-induced immunity had worn off. The information was presented as if the exempted children were the only ones who contracted the diseases.

Not one soul asked how many of the people with measles, mumps, or pertussis were fully vaccinated. Not one. They were not interested in data that offered a full perspective. They WERE interested in keeping up the pressure to have every person up to date on their vaccines. They WERE interested in refusing to treat you if you weren’t up to date on the current CDC vaccination schedule. There WAS a strongly-welcomed suggestion that insurance providers should charge people more if they weren’t up to date! It was as if light bulbs went off across the room at the mere suggestion of tying insurance coverage with your vaccination status. It was suggested that penalties and even lawsuits should be pursued if there was an outbreak around the non-vaccinated! That’s right, folks. They wanna track you and make you pay dearly for it. Never mind that they didn’t bother to ask more questions.

Don’t forget, these were all stakeholders. They ALL make lots of money when they vaccinate every patient. Anna is not a doctor but she certainly has heavy financial ties to her job. Here is TIP’s annual report for 2014: With nearly 300 vaccines in development, Anna and all the stakeholders have a lot to lose.

Anna admits she is not an expert, yet she is providing information based on half-truths to doctors who indiscriminately take her word for it. They then turn around, lobby for vaccine mandates which line their pockets further, all while MOCKING the parents who have witnessed vaccine injury with their own eyes. She twists words and blows toxic smoke in a hall of mirrors, showing people only what she wants them to see. And for those “medical experts,” it was all fun and games.

I encourage each and every one of you to call and set up meetings with your state representative and senator today. They must be provided the full story, not the half-truths that Anna is now famous for. 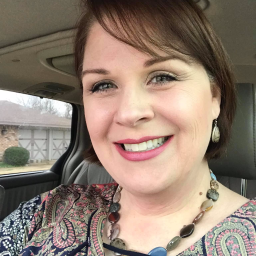